Avoiding the long, dark teatime of the soul

I was going to blog about the welfare reform white paper.  (Hey, the workfare commitment’s been watered down – turns out it’s going to be ‘discretionary’, and only used in exceptional circumstances.  Who saw that coming?  Oh, yeah, me.)  And I’ve even, over the period of days since it happened, got so far as drafting a few half-hearted paragraphs on the student demo at Conservative HQ (that’s a demo, by the way, not a riot, no matter how much seemingly everyone is trying to talk it up into being equivalent to Paris ‘68).  But, basically, I am lacking the concentration span to write sensibly about serious things.  My mind skitters off, either into desk-gnawing anxiety, or happily reflective thoughts about kittens and rainbows.  (Or, at least, the kinds of things that stimulate the same feelings of quiet happiness in my warped and decadent mind that kittens and rainbows do in the minds of other people.)

See what I mean about the lack of a concentration span?  I started that paragraph at about 3:30 Friday afternoon, and didn’t complete it until 4:05 Saturday afternoon (though I wasn’t working on it all the way through, of course).  And it’s so full of digressions and parentheses as to be basically unreadable.  Still, it does have a joke in it.  (The last sentence is a joke, unless you consider it warped and decadent to drink several cups of Rooibos tea a day and spend hours together idly wondering if Dan Stevens is really beautiful, or just well-served by photographers who know their way round dreamily romantic portraiture.) 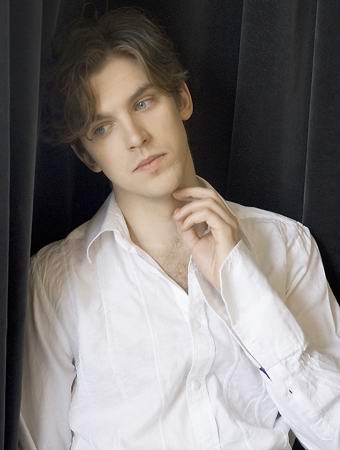 Anyway, yes, something that has percolated into my addled brain is a mild coping strategy for my eruption of winter mentalism, and I thought I could blog about that, at least.

So a couple of days ago I tried, as an experiment, turning the lights on as soon as it started to get a bit dusky, and (the key point) pulling the curtains.  And the thing is, this seems to work.  Following this pattern, I seem to get from ‘day mode’ to ‘night mode’ without the awful, dispiriting change in the middle.  What I mean is, I’m sitting here now, and it’s 5:05 (this post is coming agonisingly slowly…), and there’s no sign of light through the curtains, and in my head it feels like it’s about 9 o’clock, and it will continue to feel like it’s about 9 o’clock until I go to sleep in what will actually be the early hours of the morning; and that’s ok, somehow: it works.  I’ve found a way of feeling like I’m standing – temporarily – outside time.

It helps that, this year, I seem to have become semi-nocturnal.  I say semi-nocturnal, because nocturnal would imply I’m sleeping in the day, and, really, I’m only sleeping in the borderlands between 5am and 8am.  The outside-time idea seems to work, somehow, as a way of getting through the night without too much yeeurrich-ness.  Starting the ‘night’ an hour or so earlier doesn’t seem to affect that, and avoiding the dusk seems to be giving me a kind of holiday from the daily eruption of staring-blankly-at-the-wall depression, which in turn is giving me fractionally more presence of mind for dealing with the other stuff (principally free-floating anxiety searching for a target to attach itself to, but also a fairly consistent level of paranoia, not bad enough to be disabling, but present enough to be troubling).

I’ll be honest, this does all feel pretty precarious at the moment.  I feel like this has the potential to come crashing down at any moment.  It feels very temporary, like a holiday (there’s that word again) from a job that’s still there with all its shitty awfulness, but that’s the thing – for now, it’s there, not here.  It does all feel temporary, but it also feels like a kind of temporary-ness that I can keep going for now.

I’ve made a whole series of compromises with myself, concessions to my fundamental irrationality that annoy the crap out of me, but making the concessions seems to be working.  It turns out I’m prepared to sacrifice a lot to a sense of easiness inside my own skull.  I find it, for example, preposterous to the nth degree that I’m having to avoid the usual route away from my flat because the people standing outside the pub having a ciggie are spies sent by ‘them’ to trip me up and catch me out.  I’m profoundly uneasy with making any concessions to that level of batshittery – I don’t want to give that crap a place in my head, I don’t want it feeling at home here, I want it feeling uncomfortable and out of place and not fucking welcome – but giving in and walking the long way round works, somehow.  It wouldn’t work if it was a permanent thing.  The paranoia (it is paranoia, right?) would attach to other things, other people, other places.  But somehow, as a temporary ceasefire, it works: I won’t root out the crappy mental nonsense in return for it not infecting everything else. Deal?

Basically, I’ve found a way of taking a holiday from myself.  I’ve created a small, temporary bubble in the rest of me in which the small, fundamental me can exist undisturbed.  The bubble could collapse at any time, but the fact that I could make it collapse (because, of course, I’m both sides in the imaginary ceasefire I’m talking about) somehow helps to mean that it won’t, not right now.  It will collapse, but for now, it won’t.  And for now is good enough to be going on with.

Sorry for the rambling incoherence.  This is part of what makes it work, letting my mental acuity soften and blur a little, like I was living on the edge of sleep, when dreams make sense and don’t make sense at the same time.  At some point I’ll either fall asleep or wake up, but for now I’m happy just drowsing along.

This entry was posted in About me, Depression, General mental weirdness. Bookmark the permalink.

3 Responses to Avoiding the long, dark teatime of the soul